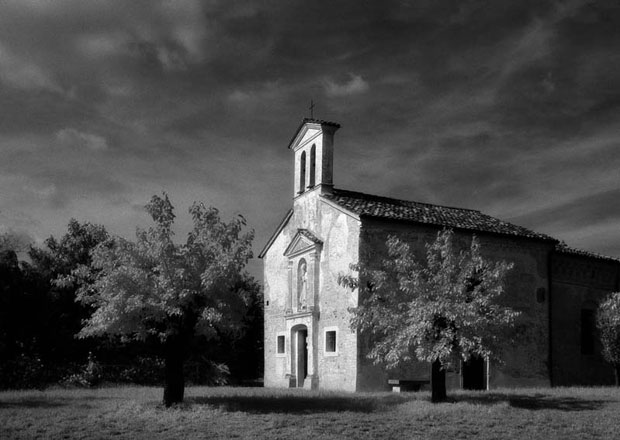 Versuta is a small village, 3 km southeast far from its municipality Casarsa della Delizia, in the province of Pordenone. The name Versuta derives from the presence of the Versuta stream, a small river that crosses the town. The Church of Sant’Antonio Abate, built in the XIII century, houses a series of frescos dating back to the end of XIV and the first half of the XV century. Versuta is important because the poet Pier Paolo Pasolini hid with his motherduring the Second World War, while the Germans bombed the town centre of Casarsa. At the beginning of 1945 in Versuta was founded the Academiuta di Lenga Furlana for the preservation and the promotion of friulian language and culture. Pasolini was one of its members and founders. January 13th  is the celebration day of the Sant’Antonio Abate feast.

The Church of  Sant’Antonio Abate

The Church of Sant’Antonio Abate is located in the little square of Versuta, on the east of San Giovanni di Casarsa. It has a simple architectural structure but it is very important for the history of friulian art. On the façade there is a recess with the figure of Sant’Antonio Abate sculpted by Carlo Carona (1540 B.C.). Inside the church, on the right wall, there are some frescos ascribed to the school of Tommaso da Modena and to the school of Bologna, dating between the years 1370 and 1380. The frescoes in the intradoses of the triumphal arch are instead attributed to an artist of the XVI century, while the paintings “the Virgin with child” and “San Rocco” show the style of Giampietro di San Vito dated back to the beginning of the XVI century.Pasolini recalls the church of Versuta, “the roggia of Versa”, and the green lawns in his Poesie a Casarsa. The Church of San Urbano in Rincis, the Church of Santa Margherita in the locality of Sile and the Church of San Floreano, deserve a short visit. The last one shows frescos of Bellunello and of other latest painters (XVI-XVII century).