The Church of Santa Croce 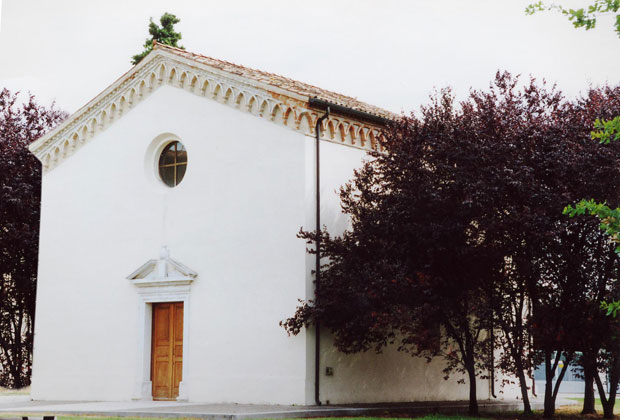 The ancient Church of Santa Croce is located in XI Febbraio Street and dates back to the XV century. It is the worthier artistic monument of Casarsa della Delizia. The vault was entirely painted by Pomponio Amalteo. Unfortunately, the bombardments in 1945, entrusted this memory to a few black and white photos.The paintings on the walls, “Storie di nostro Signore e della Santa croce” are also attributable to Amalteo, even if the critic thought they were painted by Pordenone. Probably he started the work and then, his son-in-law Amalteo completed it. Amalteo painted the beautiful Deposition of Christ in 1562, while a fragment of fresco, in which glimpse the heads of the Virgin Mary and the Child, is attributable to Piero da San Vito (beginning of XVI century). Recent archaeological digs let define the previous boundary of the church, before the partial demolition in1877-78 from which was obtained the building material for the construction of the current parish church.